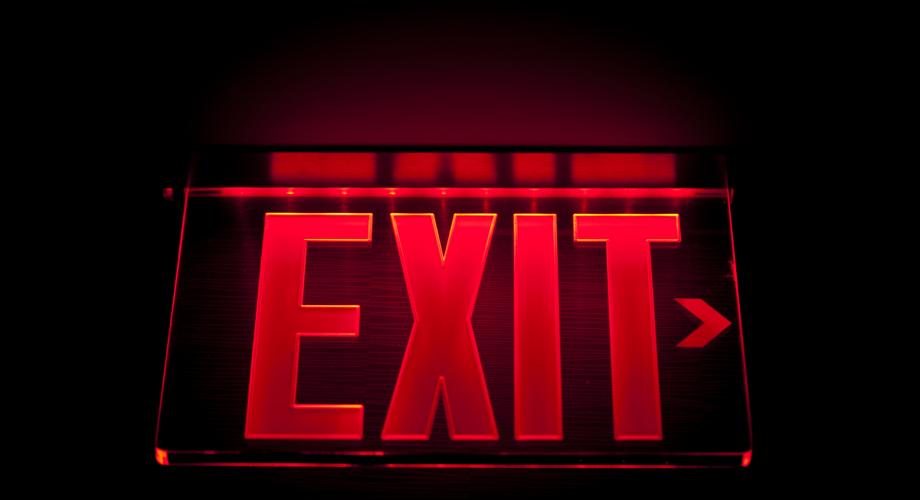 No industry or job function has fully escaped the impact of the Great Resignation, and understanding the circumstances leading to the sharp increase in quit rates is the first step in formulating a game plan.

In November, 4.5 million Americans quit their jobs, the highest number since the government started tracking. In January, that number was almost replicated, with 4.3 million more workers leaving their jobs.

Overall, one-in-five adults in the U.S. quit their jobs in 2021. That’s according to a Pew Research study that cited the top 10 reasons employees turned in their notices last year. The trend of workers quitting their jobs in the past two years has been dubbed the “Great Resignation,” while others prefer to call it the “Great Realization” – as employees realize they are not happy with their employment situation.

In the study, which polled more than 6,600 non-retired U.S. adults, nearly 1,000 said they left their jobs last year, meaning they left by choice and not because they were fired, laid off or because a temporary job had ended. When asked why they decided to turn in their resignation letters, the study found that the number one reason was because the pay was too low.

Second behind low wages was having no opportunities to advance in the company, in which more than half of the group considered that to be their major and minor reason for quitting (63%). Feeling disrespected at work came in third with 57%.

Other reasons for leaving the workplace included:

Of the group surveyed, roughly 63% cited low pay as their reason for resigning from their jobs, with 37% saying low pay was their top reason for quitting. The Great Resignation has driven companies to offer more to their current and prospective employees – bonuses, better benefits, more paid-time-off and increased pay.

The accounting and finance industry was not as heavily affected by the Great Resignation as other industries, but it still felt an impact as the push for higher wages and better benefits grew throughout the past two years. According to the 2022 Salary Guide by Randstad, accounting firms throughout the U.S. responded by these new demands by bumping their starting pay across the board, for both their tech talent and non-tech roles.

Many firms have continued to offer remote work opportunities, even after most companies started bringing employees back into the office. Randstad’s guide found that in 2021, the accounting industry was losing a substantial number of employees to remote work options.

Some companies have opted for a hybrid option, with the opportunity to work remotely for a specified number of days per week. But that option does not come without cost – accounting and finance leaders said in Randstad’s guide that with employees working remotely in some capacity, the company experienced loss in company culture (48%), innovation opportunities (29%) and mentoring opportunities (40%).

In 2022, the accounting and finance sector will face the difficult choice of sacrificing some in-person culture and collaboration for remote work options or face the possibility of losing out on top talent.

Trading Up…  and Down

The Pew Research study found that 55% of those who said they quit their jobs in 2021 are now employed full time elsewhere, while another 23% are working again part time. Of that 78%, more than half said it was somewhat easy for them to find new employment, and they considered their new place of work as an improvement over their last job.

In contrast, roughly one-in-five said their benefits were significantly worse at their new jobs compared to their old places of employment. This was especially true for those with less education compared to college graduates. About one-in-four workers with less education said they were earning less at their current job (compared to just 16% of college graduates) and they were twice as likely to experience fewer opportunities to promote.

While many have thought the Great Resignation has been driven by older generations retiring early, much of the trend has been driven by younger adults quitting. The Pew Research study found that adults younger than 30 were far more likely to have quit their jobs in 2021 than any other age group (37%), with many of them changing their career fields entirely.

Considering that the average age of workers in accounting and finance is 40, the industry has not been hit as hard with younger adults quitting. BUT firms might be affected by this trend in the future.

According to Burning Glass, the U.S. created more accounting jobs in 2020 than there were people to fill those positions. More than a quarter of a million entry-level accounting jobs were posted that year, but fewer than 125,000 accounting degrees were awarded.

The question that begs to be answered is as the majority of the accounting sector’s workforce approaches retirement, who will fill the vacant positions? Firms will need to focus their efforts on what younger generations are wanting out of their employment to attract more professionals to their companies.