Skip to main content
Failing Along the Road to Success
Image 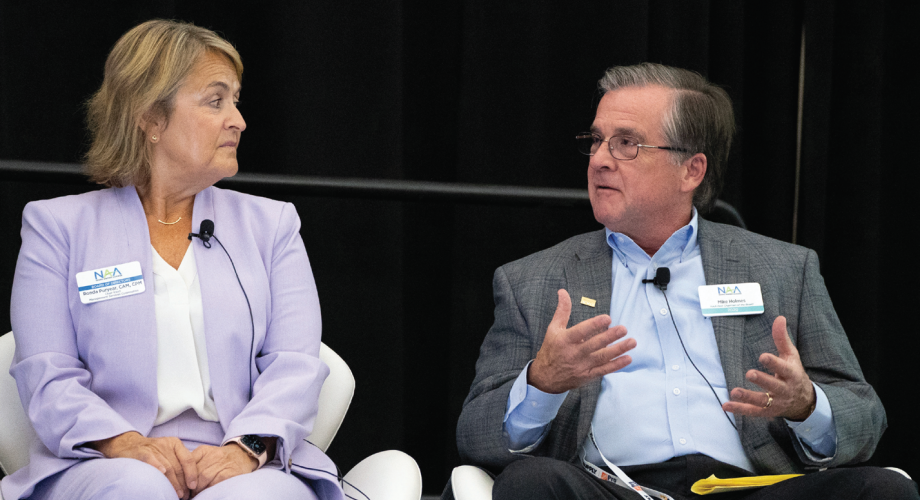 Industry leaders discuss personal failures and how they rose through them to success.

Each panelist walked audience members through personal and professional failures and how they were able to overcome those challenges and turn them into success stories.

Snyder started as a maintenance tech at 16, taking his dad’s advice of, “You need to start from where the base of what the industry is in order to really understand and appreciate the people that are in it.” He was able to find mentors who would help him learn electrical, plumbing and painting. Snyder found out there was “so much I needed to learn in order to be successful.”

Puryear had recently switched careers from IBM, working her way to department manager of a leasing department; however, she learned quickly that she was not yet prepared to be the leader she is today. “I became intimidated by [one employee] and I wasn’t able to manager her.” A co-manager was assigned to the department. She learned to be more prepared—firm but fair.

“It helps to not only ask the questions, ‘What would you do,’ but they need to hear me say, ‘Sorry, I made a mistake … this was my fault,’” Holmes says. “The way we learn to express our own responsibility and that were not perfect … we still make a mistake, too, and when we own up to it in front of our employees, it makes it easier for them to do the same thing.”

Everyone agreed, it’s OK to make a mistake as long as effort was given and a learning opportunity was the result.

“It’s OK if you fail, but it’s not OK to do nothing,” Holmes says. He gives team members the safety of the office to think out loud, “to learn to trust their own judgments and make them less likely to fear failure.”

Says Synder, “In order for us to grow and thrive as an organization, what you need to be able to do is self-identify that mistake. From an organizational standpoint, we’re not going to seek to assess blame, that diminishes the learning opportunity and peoples’ defenses go up. Rather, take that situation and have that team member self-identify what are potential solutions and self-identify best practices.”

Says Puryear, “I don’t think of failures as things didn’t work out, and we have the opportunity to make it better. It’s not a failure—this went wrong, and we’ll all talk about it so the team doesn’t fall into this situation—we can make it better.”