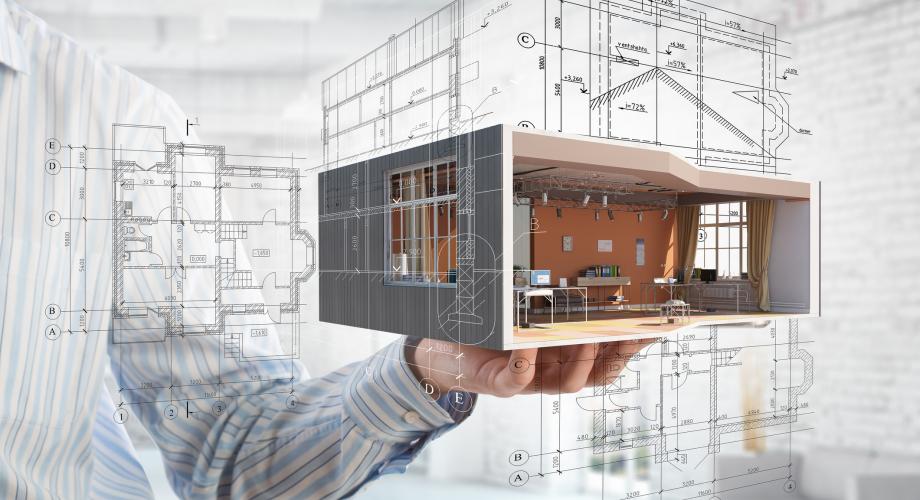 Multiple data sources confirm what is conventionally understood: Cities and metro areas are finding that their available housing stock is struggling to accommodate the influx of inbound migration to these destinations.

A wave of demand is hurtling toward a lack of supply in urban enclaves and threatens to swamp the apartment industry without significant commitment to more construction. How that construction happens, where it happens and with what materials are the centerpieces of conversations happening across the country.

NAA research reveals that 4.6 million new apartments are needed in America by 2030, in addition to as many as 11.7 million older existing apartments that could require major rehabilitations during the same period. Millennials entering the booming, urban-centered, white-collar job market are now competing for housing with empty-nester Baby Boomers who are deciding in record numbers to leave their homes in the suburbs for a more metropolitan lifestyle closer to the dining and entertainment districts. Other groups are adding to the demand, notably immigrants who rent more than own and are expected to comprise an increasing proportion of U.S. population growth.

It is insufficient to simply build more; we must continue to build smarter, quicker and better as well. Housing prices are increasing faster than wages, which ultimately exacerbates affordability of housing and deepens the supply-demand imbalance. Companies considering new construction are now faced with tough choices. How can they help lower price points so that they are able to reach the most possible consumers?

That starts at the drafting table, but it certainly does not end there. In discussions with two prominent architectural leaders in the industry, it quickly becomes clear that policy priorities, generational differences, geography and a host of other factors have a role to play in how we design for the future.

One area where the apartment industry is taking the lead is in the rethinking of prefabrication and materials for new construction. Though this tactic is far upstream from the resident who will eventually move in, it has an outsized impact on what they will end up paying in rent because it affects the overall cost of the building. More efficient construction tamps down on labor costs, as well as timeframes.

Some industry companies are touting the ability to build 90 percent of an apartment building off-site. This advance shortens building timetables by months and can produce significant cost savings as well, but it is dangerous to see this as a silver bullet, says one prominent architect.

Bill Warwick, an architect with notable Pennsylvania architecture firm Barton Partners, says that modularity has potential, but also the potential to hem-in designers. “The whole reason they call it a box is because that’s what it is: A box,” he says.

Rohit Anand, a principal at KTGY, agrees with that assessment, saying, “There are opportunities for disruption in the supply pipeline for multifamily housing, but a quantum leap is necessary in the fabrication stage. Modular construction is nice, but projects are rarely that replicable. 3D printing, for instance, is a promising idea, but big advancements are needed to make that technology affordable to build with.”

These sentiments add to the difficulty in forecasting a pre-fabrication revolution and make it unlikely that it will spread nationwide soon.

An inconvenient dichotomy presents itself as design tries to accommodate the increased demand for apartment housing. Several applicable fixes are simply and firmly not what apartment residents want.

The idea of micro-units has long been a concept that designers have approached. In Manhattan or San Francisco, this is already a reality that many residents are living in, as ultra-high and constant demand reliably pushes people otherwise uninterested in smaller spaces to accept housing styles that they would eschew in less-crowded locales.

“But to try to pass such dimensions to a renter in Philadelphia [as in New York or San Francisco], you just can’t sell it to anyone,” says Warwick. “People are okay with small, but that means many different things in different places.”

According to Anand, “Such compact living—culturally speaking—in the U.S., most people are not comfortable with that closeness [that dominates NYC and San Francisco].”

“We don’t see it as something that is marketable outside of those very major cities that necessitate such demand right now. People are not ready to cook while sitting on their bed. It’s more about space and making sure that we economize all of it that we have.”

Anand explained that each market has their own space expectations, and tipping points between convenience and efficiency. “In Dallas, they might call 700 square feet a micro-unit, whereas in San Francisco, that’s quite roomy for that term. Local sentiments are extremely important to these discussions.”

Warwick does see some possibilities, though, saying “Micro-units are intriguing on a small scale. The American public at-large is not ready for that scope of a change in their daily lives, but in some small segments of the market, there is a demand for affordable, environmentally and socially responsible housing like micro-units where that possibility could be explored. In small doses, it could catch on in some places.”

Responding to that niche market could be key in taking bites out of the high demand that we are seeing across the board, however small they may be.

One optimistic option is the advent of multi-use common spaces. “By building a space that is flexible and transformable, you end up needing less space overall,” says Anand. “Take pop-up retail type spaces: They can be many different things and change day to day and week to week. We know of several projects successfully incorporating this into design.”

Warwick agrees, saying “many of our amenities are designed around a whole living concept. We are building a community that 85 or more percent of society wants to live in. We [have to] consider what makes residents’ lives easier. Community amenities frequently include demonstration and catering kitchens along with private dining rooms, making our communities a useful resource in all aspects of residents’ lives.”

He also extolls the rise of community work and office spaces, as telecommuting and remote working become increasingly popular. “I think it’s about providing spaces outside of a residence’s unit where they can be comfortable working; that could be in the form of a coffee bar or lounge setting or a more structured business center, or both, within the amenity areas of the community. This trend is growing, and these spaces really provide extra value for eventual residents that cannot be overstated.”

There are also innovations that could help immediately that have little to do with design at all, but policy. “Building next to transit is key,” Warwick says, “A surface parking space costs thousands of dollars to build, permit and maintain. Even shaving off 50 parking spaces can add up to a significant savings, as well as lessening the required land to build.”

Incorporating factors like parking and transit into design features is nothing new for the apartment industry; however, it takes on a new importance as higher density housing becomes increasingly needed in the confined environments of big cities.

Mixed-use development has also come into vogue in the exact areas that are seeing increased population density. Mixed-use is very clearly in the interest of a community’s residents.

Anand says, “The future of design will definitely include more mixed-use development, more of a campus-style setting. People like being able to shop and work right where they live. There are even some communities that are including things like healthcare resources, like minute-clinics, in their plans. Making sure that employees of business in mixed-use communities can afford to live in the community they work in is a big priority.”

Designing around mixed-use also presents the opportunity to offer a resident something unique and invaluable: The ability to live and work in the same place.

Anand says, “One thing that mixed-use developments must begin to include in their conception is the idea that a worker there, say in retail or hospitality, should have the ability to live AND to work there. The possible longevity such an arrangement offers could add tremendously to the value of a unit, and a community. Perhaps some adjustment in the lease could reflect that value, for one idea.”

The future will meet us all whether we prepare for it or not. Growing demand necessitates construction advances in the coming years to keep pace. How those advances are made are going to have a huge impact on community character, on affordability and on individual quality of life. Design innovations and foresight will help us prepare for a future where there is sufficient supply at all price points for would-be rental housing residents.