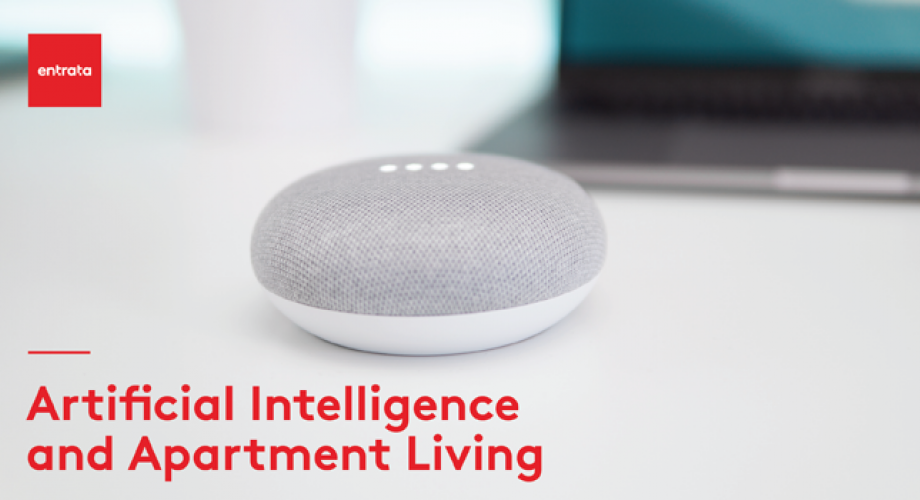 Brought to you by:

Whether we realize it or not, artificial intelligence is woven into the fabric of our everyday lives, from virtual assistants like Siri and Alexa, to Gmail and Netflix and much more. This kind of technology makes our lives easier in many ways, from finding our favorite songs and shows, to scheduling reminders, sending emails and even submitting a request with the landlord. According to a survey of more than 1,000 U.S. residents conducted by Entrata, even though many consumers know the broad definition of AI, most don’t fully understand its scope or how it affects their lives in countless ways. Due to this lack of understanding, many still harbor a lack of trust for both the technology and the companies that use it.

Of those polled, Entrata found that more than 38 percent of respondents have either just heard of artificial intelligence or have no idea what it is. Surprisingly, of those who claimed to be an expert in their understanding of AI, 20 percent not only got the definition wrong, they were significantly more likely to get the definition wrong than other groups who say they know only a little or have just heard of it.

Despite this lack of understanding, more than half (52 percent) of people say they feel comfortable interacting with AI, which is good, because more than 40 percent of people use some form of AI on a weekly basis, whether that be Gmail, Siri or Alexa, Netflix and much more.

A major gripe many reported is the technology’s overall lack of human touch, with more than 20 percent citing it as their top complaint.

That said, respondents reported that their favorite things about using chatbots include:

And despite people overall wanting chatbots to have more human-like personality qualities, 36 percent of respondents don’t care about those traits as long as they get the information and help they need.

For those who rent, chatbots and AI can be an incredible tool. Used as an extension of the leasing office, these technologies can improve the resident experience by allowing people to complete tasks or solve problems that are otherwise inconvenient or difficult.

Many respondents would like to have smart home features and think they would be helpful in their home or apartment. These include:

Additionally, when searching for a new apartment, more than a quarter (27 percent) of people found that a community's use of various AI and smart home technology made the thought of living there more attractive.

See this report at www.entrata.com.

Generated by Entrata and fielded in August 2019, the survey collected online responses via Qualtrics from 1,051 U.S. consumers who are over the age of 18.