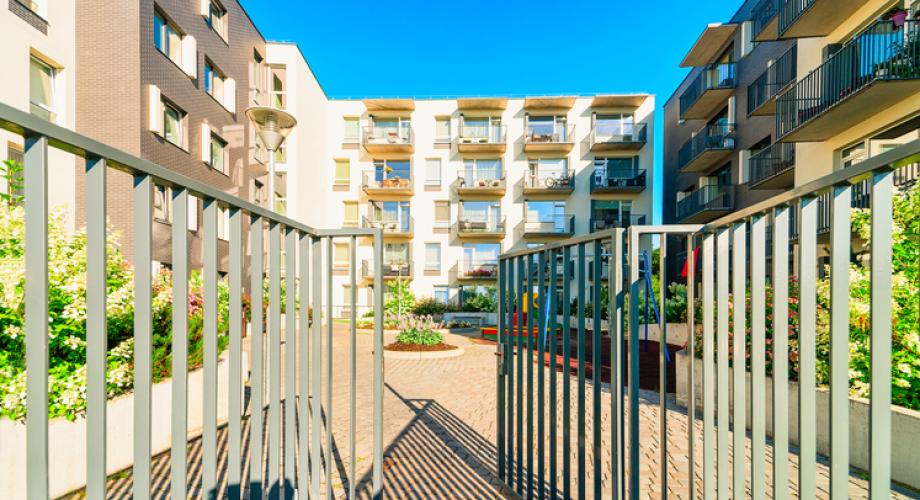 With timed and functional gates; security cameras within corridors, garages, and in outdoor spaces, you can help residents feel safe. But those are not the only things an apartment operator can do.

Safety is among the five essential human needs outlined in Maslow’s Hierarchy of Needs. When residents feel secure in an apartment community, it motivates them to develop a sense of belonging and loyalty to that community.

But when residents feel threatened, they anxiously await the end of their leases, hoping to find a secure sanctuary elsewhere.

Some recurrent incidents reported in online reviews include: car break-ins, attempted burglary, drug dealing, prostitution, stolen mail and packages and even parking lot shootings. If these incidents occur in places near your community, residents will hold you accountable. Residents also will complain about things that make them feel uneasy:

Because a sense of safety is an intangible attribute and that no management can ever guarantee the safety of its residents, what can you do to assuage a resident’s fears or apprehensions? Below are key takeaways based on an analysis of thousands of online reviews.

Notify your residents of incidents. No communication is worse.

Residents are particularly disillusioned with management if they are not informed immediately about an incident. Lack of communication about the crime and the steps taken to prevent future incidents is interpreted as a sign of a careless and disinterested management. As expressed by one reviewer, “There was a shooting a few months back and somebody died. Not one thing was said from management/owners. I don’t feel safe living here anymore. If I was able to move I would.”

Also, be sure to send timely reminders to residents about security policy and practices at the community.

Say “no” to lip service and “yes” to following through

If you commit to implementing security measures following a crime, be sure to follow through with action. At the same time, be wary of shifting the onus of safety solely onto residents. Failure to take concrete action, except for emails, will result in reviews like this: “There are so many break-ins and shootings I can't even count, and the management does nothing about it, [except] sending an email that reminds you that you are responsible for your safety (we get this pretty much weekly now). I literally fear for my life. Please do not live here.”

On the bright side, when you walk the talk and follow-through on security measures you are likely to be rewarded with comments like this, “Update: they have since installed cameras in the garage. I am very pleased with the response to the theft in the area.”

Residents look to the onsite team as the custodian of the community and their families. They are the first people who residents will turn to if they feel threatened. Such interactions need to be handled sensitively and empathetically. If your team fails to show compassion in such circumstances, you’ve probably lost the resident for life.

“Had an attempted robbery twice and was told the second time by staff with little emotion, ‘Well, we can’t do anything if you didn’t call the police...’ It was 5am and he ran though, why call? I didn’t know I have to call the police for you guys to care about my safety. It was the lack of emotion and care that bothered me, as if it was just another story, no big deal. I asked for better security on the sliding glass doors such as a security bar, and I was ignored.”

If you think residents don’t notice what’s going on in the community, you are wrong. Many factors (besides a crime) make residents question their safety. If you hear complaints about noisy individuals hanging out in the hallways, unleashed dogs or speeding in a parking lot, be sure to remind residents about your policies. And frequently patrol your community.

The effect of security cameras and lights

While a property doesn’t have to necessarily advertise itself as a “safe” community, security cameras and well-lit parking lots and hallways can enhance a resident’s confidence in a community. Mentioned by one reviewer, “I appreciate ALL the cameras around the community. I feel safe and at home, not just another apartment. Management is OUTSTANDING!!!!”

If you install security cameras, make sure they work and are not “dummy cameras.” “It doesn’t help that there are no cameras that actually work (they're all dummies so prospective residents get the sense of security) and there is no onsite security. When you bring them your concerns, they just shrug it off with an ‘oh well’ mentality.”

Not installing security cameras often results in online comments like, “No security cams in the corridors or any other form of security to watch who has access to the buildings.”

Gateway to a high rating on safety

In a gated community, a broken gate or one that remains open is among the most commonly expressed grievances from residents in reviews. Residents keep a mental log of the time it takes to repair gates and how long the gates remain open before and after the entry and exit of cars.

If a gate repair takes too long, what can you do to get a high rating of 9/10 on safety in the meantime? Here is a useful insight shared by a resident, “Safety, 9/10, the gate seems to break often but they did place a security officer for two or three weeks in the meantime of fixing the gate.”

Ensure that security personnel/patrol services are doing their jobs

If you have a security or patrol service in your community, educate the residents and set expectations about their role. Failure to do so can result in such reviews, “This apartment management does not care about any crime that is happening on their property. The security guard does not patrol the garage and my wheels were stolen off my truck. I looked through eight hours of footage on their cameras to catch the person who stole my wheels. The security guard did not come into view once. He stands out by the leasing office.”

Conduct mystery checks to ensure security personnel are doing their job – courteously and professionally. You don’t want to read this in a review, “Security will hide wherever they can to play on their phone; don't look out the bedroom window they'll be right there.”

The security measures residents expect your apartment to be equipped with include: timed and functional gates; security cameras within corridors, garages, and in outdoor spaces; friendly and active patrol service; well-lit parking lots and hallways, properly functioning garage doors, and security alarm systems in individual units. What eclipses everything is an empathetic and compassionate onsite team who will listen to and assist residents in any circumstance.