NAA offers a variety of educational formats to ensure there’s something for everyone. Below are descriptions of what was offered at Apartmentalize.

Attendees chose from more than 60 hour-long sessions throughout the conference, spanning a multitude of topics to include Operations, Marketing, Maintenance, Leasing, Leadership, Executive and more. These sessions featured industry and non-industry experts and provided useful information that attendees can apply to daily work life.

Running concurrently to education breakout sessions, our Game Changer speakers are from outside the industry and spoke on a variety of topics that inspired attendees with their experience, knowledge and revolutionary spirit. 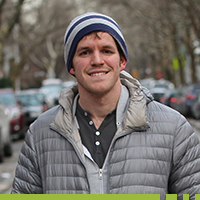 Humans of New York: The Power of Authentic Storytelling

As the founder of the street portrait blog, Humans of New York (HONY), Brandon has emerged as a worldwide internet phenomenon and one of today’s most influential storytellers. With millions of social media followers, his individual story, like those on HONY, illustrates the power of the internet, the value of storytelling and our desire to remain connected with real people in a tech-driven world.

Stanton’s gift for storytelling has since spawned two best-selling books, “Humans of New York,” which spent 45 weeks on the New York Times bestseller list, and “Humans of New York: Stories.” Listeners take away a renewed appreciation for the power of one person and one idea to inspire millions, and encouragement to be a force for good and contribute something meaningful to the world. 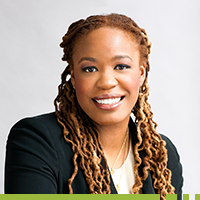 What Does It Mean To Be An American Today, And What Are We To One Another?

Heather McGhee is an expert in economic and social policy, racial healing, and transformative organizational change. More than that, McGhee is a storyteller. Her talks ask audiences to consider—at a time of increasing diversity, who is an American, and what are we to one another? 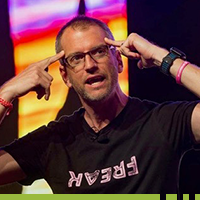 The Freak Factor: Making Employees Better by Helping them Get Worse

During the past fifteen years, David Rendall has spoken to audiences on every continent. His clients include the U.S. Air Force, Australian Government, and Fortune 500 companies such as Microsoft, AT&T, United Health Group, Fannie Mae and State Farm.

Prior to becoming a speaker, he was a leadership professor and stand-up comedian. He also managed non-profit enterprises that provided employment for people with disabilities. In between presentations, Rendall competes in ultramarathons and Ironman triathlons. 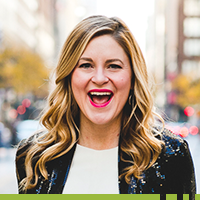 Fear is My Homeboy: How to Get Brave and Start Taking Action

Judi Holler is a professionally trained improviser and alumni of The Second City Conservatory in Chicago. She started working in the hospitality industry at the age of 13 and spent 15 years working in the convention and meetings industry, specializing in sales and marketing for companies like Marriott, Omni and Starwood Hotels before starting her company, HOLLA! Productions, in 2013.

Holler is a past president of Meeting Professionals International, Chicago Area Chapter and was named one of the 40 under 40 in the meetings industry by Connect magazine in 2015. 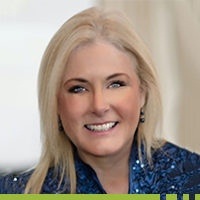 Why Leaders Fail and the 7 Prescriptions for Success

Mary Kelly Ph.D., CSP, U.S. Navy (Ret.) is an internationally known economist and leadership expert specializing in the fields of leadership, productivity, communication and business profit growth. Kelly is a graduate of the U.S. Naval Academy and holds a Ph.D. in Economics.

She has held numerous positions in the military, including Naval Intelligence Officer, Human Resources Director, Assistant Chief of Staff Officer and Chief of Police. Currently, in her role as a consultant, she provides creative and insightful problem-solving tools that enable her to transform corporate cultures and structures.

Kelly is the author of 10 books and has been quoted in hundreds of periodicals including Money Magazine, Entrepreneur and The Wall Street Journal. 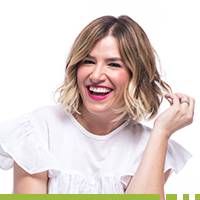 Alli Webb founded Drybar in 2010 following 15 years as a professional stylist. After leaving the professional hair workforce in 2005 to start a family, she decided to find a way to continue pursuing the creative side of hairstyling at a new-mom pace. Webb began offering weekly in-home blowout services to all her mom friends, but her little side business quickly grew into more than a part-time gig. Since 2010, Drybar has since expanded to 100 locations throughout Los Angeles, New York, Las Vegas, Boston, Dallas, Houston, Chicago, San Francisco, San Diego, Atlanta, Philadelphia, Washington, D.C. and Vancouver, BC.

Webb’s unique approach to business has earned her numerous accolades, including Fast Company naming her one of the “100 Most Creative People in Business;” Fortune recognizing her in the “40 Under 40”; and Cosmopolitan magazine featuring her on the “Cosmo 2013 Power List.”

Nationally recognizable speakers from outside the industry motivate you with their inspiration and personal stories of success and real-life experiences. 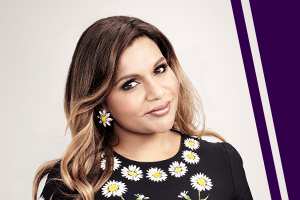 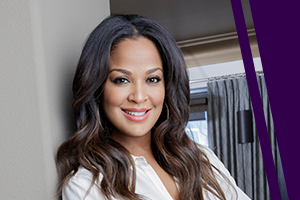 Friday, June 28 | 3:00 p.m. - 4:30 p.m.
Laila Ali is a world-class athlete, fitness and wellness expert, TV host, cooking enthusiast, book author, founder of the Laila Ali Lifestyle Brand, mother of two, four-time undefeated boxing world champion, and the daughter of the late global icon and humanitarian—“The Greatest” boxing champion—Muhammad Ali. She is heralded as the most successful female in the history of women’s boxing, and created her own lifestyle blog LailaAliLifestyle.com where she shares her personal workout regimens, recipes, DIY ideas, family tips and more.

There’s no surprise that Ali is a woman of many talents, and we’re so excited for her to join us in Denver. Attend this session to be in the drawing to win a $5,000 cash prize! You must be present to win.

This peer-to-peer learning experience was an opportunity to engage in creative conversations with fellow attendees who are passionate about the same issues and topics as them. Expert facilitators supported small group discussions that explored a dedicated topic to each group.

Learn the topics and Facilitators

Attendees grabbed a seat and was ready to learn at this conference launching event that featured an eclectic array of topics from passionate industry players. Each rental housing geek, technician or innovator hopped up on the soapbox, armed with 20 slides that advanced automatically every 20 seconds, getting to the point, fast! 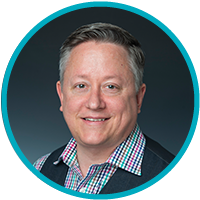 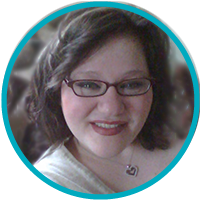 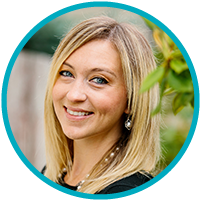 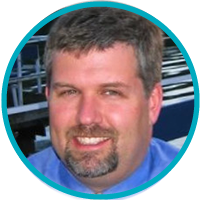 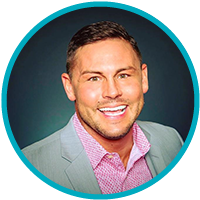 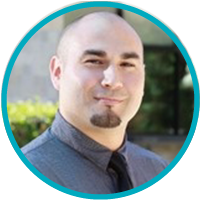 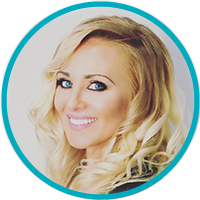 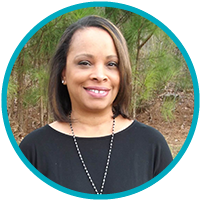 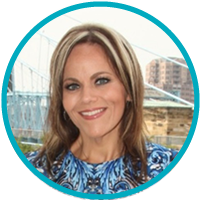 Learn the topics and Speakers

Attendees choose from thirty sessions taking place in a dedicated space in the NAA Exposition. As the name suggests, these were express, 30-minute interactive sessions that included live demonstrations, hands-on instruction and education, Q&A, and story-telling.

Executives seeking career advancement are the perfect candidates for NAA’s Executive Exchange Program. The day started with front row seats with Game Changer Mary Kelly, Economist, author and leadership expert, then joined her for a “behind the scenes” Q&A and book signing. A networking brunch centered around facilitated roundtable discussions allowed attendees to discuss the issues at the heart of the industry—Operations and Strategy. Later, was an exclusive workshop by Kelly McDonald that gave executives actionable guidance aimed to expand and improve your leadership style.

Executive Exchange is a ticketed event.

The Supplier Success course offered an overview of the apartment industry and teaches methods that suppliers can use to maximize partnerships with apartment owners, apartment management companies and apartment association members.  Attendees learned how to kick-start both their business success and industry involvement!

As a result of completing the course, you will:

This program is a component of the Certified Apartment Supplier (CAS) credential.

Worried that you missed a session (or two) at Apartmentalize this year? You can pre-order REWIND!

We hosted a few webinars to get you ready for Apartmentalize. Rewatch your favorite webinar below!

You're Here, There, and Can't Be Everywhere! Engaging Remote Teams | Watch the recording here

Maintenance as Your Brand! | Thursday, May 9, 3 p.m. ET | Watch the recording here

Futurecasting: Where is Technology Taking Rental Housing Next? | Thursday, May 30, 3 p.m. ET | Watch the recording here 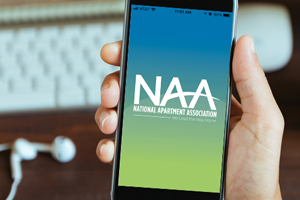 Get the full Apartmentalize experience! Download the new app to view sessions, connect with attendees and more. 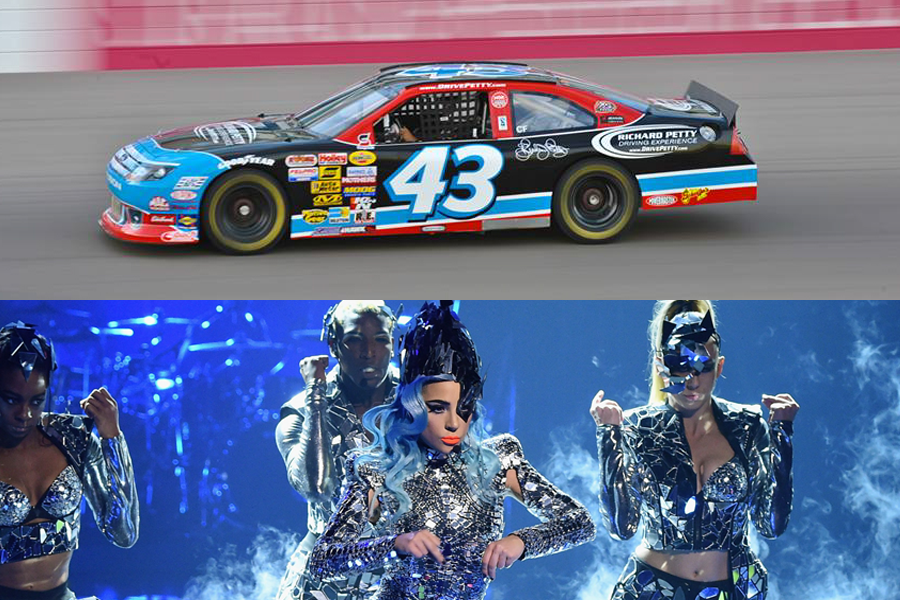 Enter in the NAAPAC Sweepstakes for your chance to pick the ultimate experience – the chance to be a NASCAR Driver for the day, or see Lady Gaga live in Las Vegas!