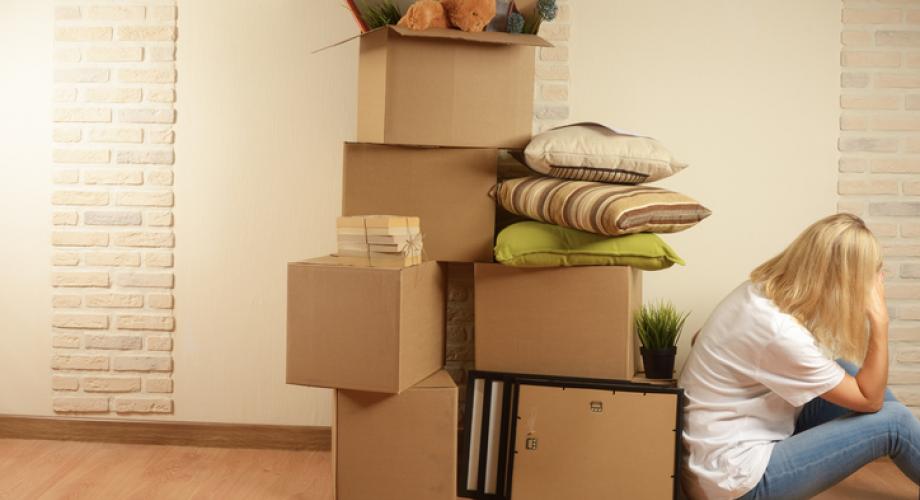 Exorbitant fees for routine wear and tear and a rude onsite staff are only two of the reasons behind a bad move out. Find out what the others are.

When residents move out of your apartment community, you want them to leave on a happy note with pleasant memories of their residency with you. Your hope is that they will recommend your community to their friends and family both online and offline.

Things sometimes can take an ugly turn. Former residents may lash out online claiming to be “robbed of their hard-earned money” and accusing the management company of engaging in “unfair” and “unethical” business practices. Some may openly call for a boycott of the community or company, urging readers to “never” rent from them. If your property has too many reviews reflecting the same sentiment, you may have a problem.

The most common reason for this resentment is a dispute over move-out charges. Residents want their entire security deposit to be refunded. When this doesn’t happen, it has a domino effect and an irate resident finds fault in almost every aspect of living in that community. Suddenly, everything from parking to landscaping to neighbors to the staff become intolerable and the apartment is not worth the money.

“So, if you plan on living here we suggest you don't plan on leaving without expecting an extremely high final bill as well as be someone who doesn't expect things to be how they should be since you definitely don't get what you're paying for at ABC!”

Below are the top 10 reasons echoed in online reviews that make move-out an ugly and disappointing experience for some residents.

Residents want to be present at the time of the move-out inspection. They begin to question the details in the bill when the inspection is done in their absence. They often demand answers from the staff and become frustrated if the staff is unresponsive.

While defending the “unfair” or “unwarranted” move-out charges, residents complain that the staff did not make them aware, clearly explain or remind them about various move-out charges. A resident doesn’t expect to know or remember all the ins and outs about move-out charges in the contract and wants to be reminded about those prior to move-out.

Residents have expressed being charged “exorbitant” and “unreasonable” charges for routine wear and tear. For instance, one shared that without any proof of damages, he was charged a $500 cleaning fee, despite leaving the apartment in pristine condition.

Residents accuse property staff of being unapologetic, rude and unsympathetic when they communicate with them regarding their move-out charges. They don’t want to hear payment plan options, and they expect to be assured that the management is investigating their charges.

5. Charged for damages reported by them earlier.

Residents expect the property staff to thoroughly document any prior damage reported by them in the apartment. For example, one resident said she reported a broken window in a bedroom, which was documented by maintenance personnel. However, she was charged for that damage as part of her move-out charges.

6. A blotch on credit history.

Residents are outraged when their case is sent to debt collectors without any prior notice. Residents want to hear about their move-out charges at the earliest and are caught off guard when a debt collector calls them months later. This often leads to negative reviews. For example, one resident reported that the community informed them about charges two months after move-out and gave them only two days to clear their bill.

The conflict about carpet cleaning or replacement charges is the most common area of contention between former residents and a community. Residents often share that despite leaving the carpet spotless, they were still charged for routine carpet cleaning after they moved-out. Some may accuse the staff of causing stains due to a maintenance task or pest control.

These residents feel cheated when they see charges for a damage caused by their furry friend in addition to a pet deposit and/or fee they paid in advance.

9. Resident “forced” to move-out before their end date.

One of the worst experiences for a resident is when they are forced to move out of their apartment before the agreed-upon date. This can happen when a property mistakenly leases the apartment to a new resident whose move-in is scheduled before the preceding resident’s move-out date.

10. Am I paying for their remodeling?

Some residents perceive move-out charges as a rip-off, especially when they learn that the apartment is set to be refurbished with new blinds, fresh paint or new flooring after their departure.

“I just received a bill for rent after my move out date, and an estimate for damages. …. The best part is: I know ABC will be repainting and re-installing new blinds so I'm subsidizing their renovation and paying for normal wear and tear.

If you can deal with multiple inconveniences: roaches (see below), packages missing, your paid parking spot leased to other people, stolen trikes, repeated water leaks, multiple fire alarms, raging parties on the weekend, unrelenting fees and rude management--then this is the place for you! I've attached my most recent email from the property manager to show how they like to keep your hard-earned money. If you can't deal with a constant headache, I'd suggest you steer clear.”